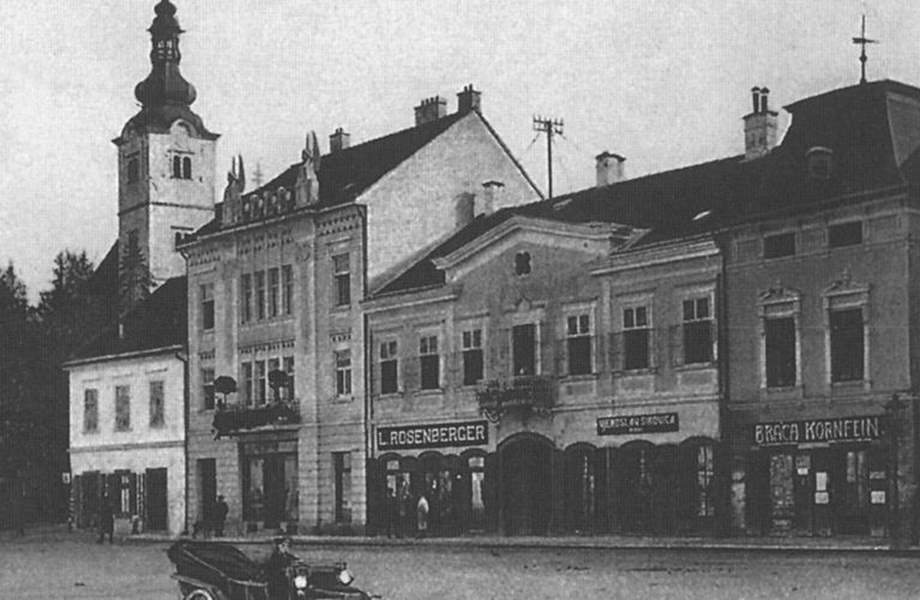 A famous writer, Antun Gustav Matoš, once said that Samobor was the most Croatian of all Croatian towns. This charming little town near the border has officially been a town since 1242 when the King Béla IV awarded it with a charter giving it the status of a free royal market town. However, the history of Samobor is a lot longer judging by the archaeological findings which prove that people lived here 25,000 years ago, while the objects and the documents from the Stone Age, the Bronze and the Iron age, the Ancient History and the Middle Ages additionally confirm that Samobor and its surroundings have always known how to offer something special and have always been attractive to the citizens, settlers, passers-by and visitors.

A walk through Samobor, as rarely anywhere else, offers such abundance of history on such a small area – the old town centre around the King Tomislav Square which acquired most of its present appearance after the disastrous fire in 1797, the ruins of the Old Town built in 1260 still overlooking the town, 8 bridges over the Gradna stream resembling those of Venice, wooden churches and chapels in and around Samobor, numerous noblemen’s manor houses, the outdoor swimming pool Vugrinščak built in the 19th century only a few steps from the town centre, the Livadić castle, which today hosts a museum, but was a meeting place of the Illyrian movement leaders and where the most famous Croatian patriotic song (“Još Hrvatska nij’ propala!” – Croatia has not yet fallen) was written in 1833, the grave of Julijana Cantilly by the parish church, best known as Ljubica, poet Stanko Vraz’s inspiration for the cycle of love poems, Đulabije, then the first elementary school from 1601 just below the parish church, Franciscan monastery with a Lauretan chapel from the era of King Béla IV, etc.

Taking a step further outside Samobor, you can visit the village of Rude which guards its hundred-year-old tradition of excavating copper and iron in the renovated mine of Saint Barbara. Rude can also be reached following the mountain tracks made for their first climb ever by the members of the Croatian Mountaineering Association in 1875, or you can head towards Budinjak to see recently discovered 3,000 years old noblemen’s burial mounds, or revel in natural beauties of the Grgos cave in Otruševec, just to name a few.

A special spirit and atmosphere nurtured in Samobor to his day is largely the result of the efforts made by a number of local people and settlers who felt at home in Samobor – and who in the period from the middle to the end of the 19th century transformed their town into a modern cultural, crafts and tourist centre in Croatia. They left the foundations for the following generations to build on and make Samobor as we know it today – the town of wide-open hearts, cheerful and hard-working people ready for Carnival follies under masks, the town where the plates are always full of home-made specialities and where the wine is, according to the well-known song, drunk from the pots. The town built to suit people, the town with rich history, valuable heritage and people ready to preserve it and offer it to everyone to see.