Have a taste of the cold and the darkness of the pits Saint Trinity and Kokel. 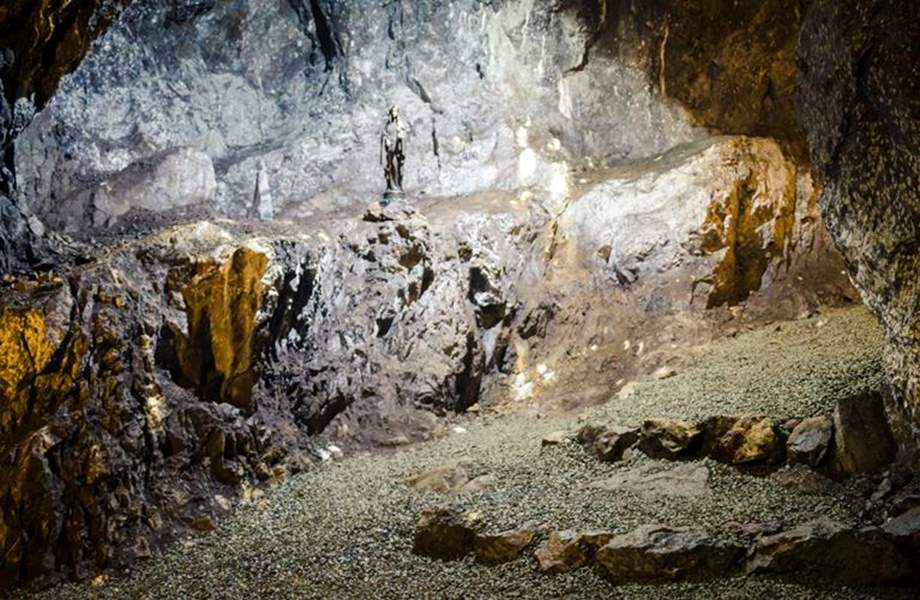 In the shade of the forest above the village of Rude, some 15 minutes’ drive from the centre of Samobor there is one of the oldest European copper and iron mine, Saint Barbara’s Mine. Centuries’ long tradition of mining in this area has left kilometres and kilometres of tunnels, almost all now forgotten and depleted. Except for Saint Barbara’s Mine, whose renovation started in 2002 thanks to the members of the folklore society “Oštrc” that decided to carry out the idea of the geologist Boris Šinkovec wishing to present the local mining tradition to a broader audience.

Even though there is a high chance that the ores were dug in this area way back in the ancient times, the year 1481 is more historically precise as it marks the beginning of organized exploitation of ores in Rude. The German-sounding surnames of the locals in Rude prove the first miners came from Germany and Austria. They started mining heavily so in the 16th century the production of copper in Rude was twice as high as the entire production of copper in Europe and four times higher than the one in Norway and was on the level of one-third of the production in the famous Swedish mine in Falun. With time, however, the ore became scarce, and its exploitation was less profitable, so only the exploitation of plaster saw the 20th century which in the meantime also stopped.

Today the mine is again living to the fullest. Although there are no more miners digging up copper and iron, there are professional guides for numerous tourists to come and enjoy the experience of an authentic mining space. They can have a taste of the cold and the darkness of the pits Saint Trinity and Kokel, passing through 350 metres of underground centuries-old tunnels, searching for bergmans, dwarf-like creatures that, according to local legends moved through the tunnels and distracted miners in everyday jobs.

For those eager to know more and to enjoy nature more, there is a 1.5-kilometre long educational trail with the information about mining and botanic. It starts in front of the Rude Elementary School where there is a collection of 120 different examples of minerals, rocks, and fossils which is continually being supplemented with new samples. The route continues to the Suban Botanical Gardens in Manja Vas.

Finally, a tour of the mine would be incomplete without tasting the thin cake –greblica – often the only meal of the miners, a salty cake with cheese and walnuts or cheese and green leafy vegetables celebrated annually on a cultural event at the beginning of July.